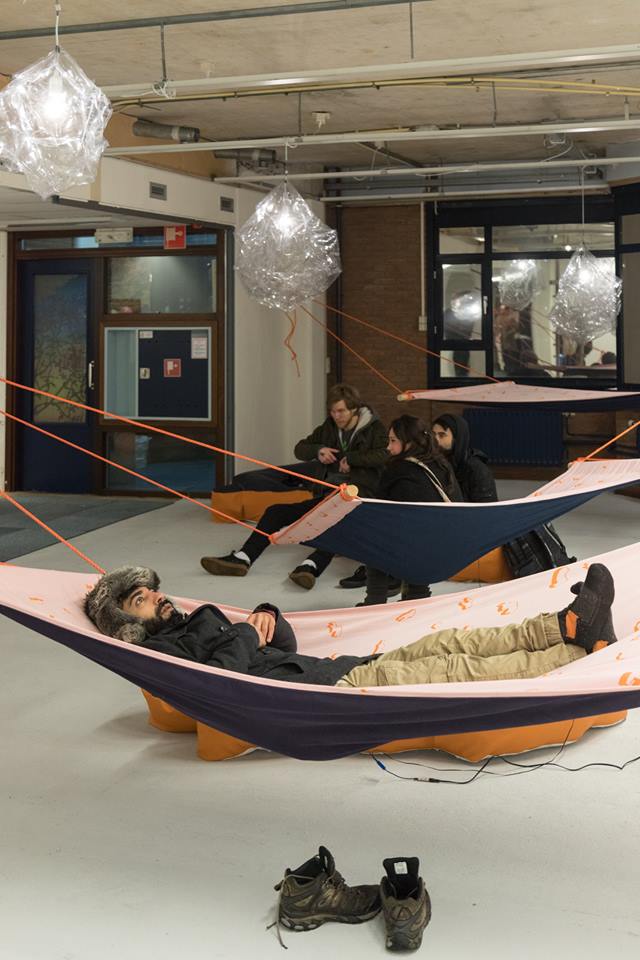 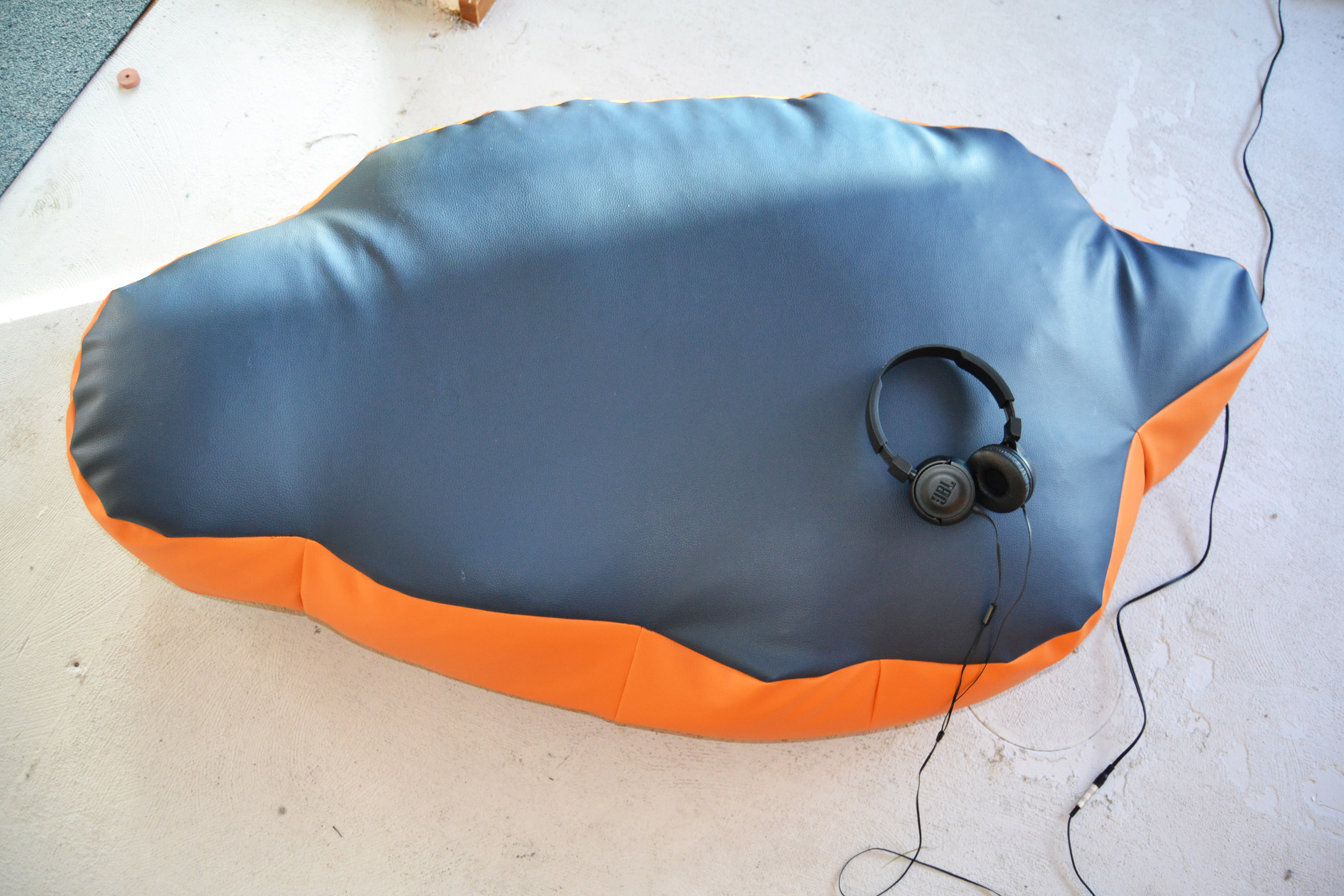 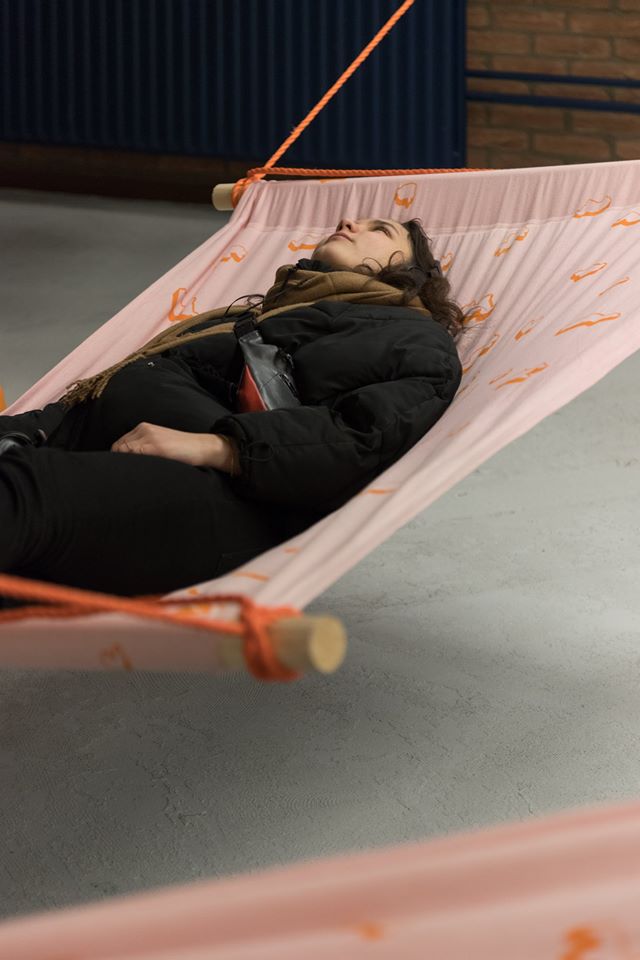 Faux-leather lounge cushions in the shape of resting bodies

Hammocks with a print of resting bodies/islands

Capsules, in which time is concentrated, and in which wind can’t enter.
In each one breathing happens in a distinct unchanging pace. Breathing effects the memory and the structure of the brain.
With these smaller vessels it’s possible to move in different direction than the surrounding space, faster or slower than the space. They are without aerodynamic features, hence, their paths are unpredictable.

Now all living beings exist within these capsules. It is the time capsule in which one exists that determines the rhythm in which time passes, it is the law that binds it, determines the speed of movement and causality.

All entities have a range of natural time frequencies.

They all coexist, like layers in a pastry dough, and it is possible to move across them.

Moving nimbly between the capsules, or across the frequencies if you will, is sort of like skill.

It’s precisely because of this, that breathing is so important. Breathing is a way of tuning into a particular time frequency. The body of each entity acts like an antenna transmitter of these frequencies. It can be measured as brain waves. By breathing in the pase of a certain time frequency, ones brainwaves adjust to that particular frequency and the entity is transported to the corresponding capsule.